Before moving to Uganda three years ago, I was in youth ministry for 11 years. And I loved it! But I learned very early on that ministry doesn’t always go as you plan it, and at times it can be discouraging, frustrating, and even down-right crushing. We don’t always talk about it and it doesn’t make for great newsletter reports, but the reality of ministry is that many times, it can be TOUGH.

A few weeks ago we went to visit a church in an area south of us, only about 45 minutes away. This church started many years ago, and then about 5 years ago began to collapse when the pastor of the church decided to chase bigger things in a different place. When he left this church, there were no leaders that remained there because he hadn’t trained or discipled anyone in his place. So, as you would expect, the church declined over the years until another church from the area decided to send one of their leaders to that place to help do ministry there. But pastoring a church in a place where you don’t live is a heavy strain, so progress and health was slow to return to this church. The new pastor tried and struggled to help, but it seemed that nothing he could do would improve the situation.

And eventually, the church no longer met because there were no more members there.

Until the original pastor returned from his “bigger opportunity.” When he returned to the area, he became desperate to retain his title of “Pastor” of this church, even though it no longer existed. The new pastor did not fight or struggle with him, because after all, there wasn’t a church there; only an old, collapsing building. But the original, and now new, pastor began pumping his energy into the area. He communicated with us at the Mission in Mbale that we should come and visit this church because the believers have been missing us and need to see us. We hesitated because we knew what the reality on the ground had become, but because we wanted to encourage and see for ourselves the situation on the ground, we decided we would visit them one Sunday.

When we arrived, there was no one at the church building. We even arrived later than the worship service would begin so that we could give people plenty of time to arrive. But not even the pastor was around. There was a young man that had to go and find the pastor who arrived very disheveled. He began moving around the village trying to mobilize people to come to church.  But he returned without anyone, only a vague promise that people were “on the way coming.” It was clear that the church that once met there had truly not been meeting, and sadly that the church body had died. So, we prayed over the pastor and church, and then left discouraged at the reality we found on the ground.

Ministry can be crushing. It can be frustrating and discouraging. I can only imagine how Jesus felt when he had spent so much time with the 12 disciples and they still struggled to even understand where he had come from and where he was going. But he continued to pour his life into them. He didn’t teach them a series of lessons and then leave them behind. He didn’t lead a good conference for leadership and then go to another group. Instead, Jesus spent years with the disciples. He spent His life with them. He poured everything He had into them through life-on-life relationships. And yes, He was still let down and frustrated at times, but the way that He did ministry meant that the disappointment was not the end of the journey with the 12 disciples. 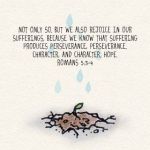 And so we push on. Through the discouragement and frustration, we push on discipling leaders who can disciple other leaders. Not because we are perfect,  or those that are being discipled are perfect, or even that discipleship proves to have 100% “success” rates. But we disciple leaders who disciple leaders because Jesus gave us this example AND mission. We see the need for it on a daily basis. Thank you for your continued prayers for this ministry!

• Praise that God continues to lead us in this journey and surrounds us with love, prayers and support.

• Prayers as we continue to expand our roles in ministry and for God to guide us.

• Prayers for God to bring more servant leaders to help with the work.

• Prayers as we continue to build deeper relationships with people.

• Prayers for heart transformation in the discipleship groups as well as God’s preparation for future groups.