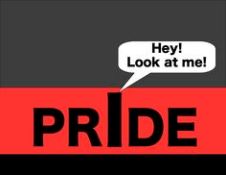 I think that all of us struggle with pride and humility. Or at least, that’s what I’m going to tell myself to feel better about it. But I feel the inner pull, the tension to seek after my own benefits and well-being before others. I struggle with it in my family, relationships, ministry, and pretty much everywhere. On most days, I submit to God and “Do nothing out of selfish ambition or vain conceit. Rather, in humility value others above yourselves, not looking to your own interests but each of you to the interests of the others.” (Philippians 2:3-4). But I confess…I struggle with pride.

Pride is a big deal here in Uganda, especially for men. Uganda is not unique in that way, but here we see this struggle unfold in many churches across the country. It usually manifests itself in the leaders and they set the tone for the whole church. We regularly see church leaders fighting over control, authority, and power. They jockey for resources and being close to those who have resources. And most commonly, they fight to keep other leaders from growing and developing within their churches. And so when we talk to them about raising up leaders from within their churches, they automatically feel threatened. They fear this idea because it could cost them their title of pastor and their authority over the church. “If someone else comes up, then I must be down. And if I’m down, then I have nothing.”

Albert has been a pastor for many years. In fact, a few years ago when a church was in trouble and needed help, the other pastors from the area thought that Albert should be the one to go there and help them. So he had been pastoring that church for several years, away from his family and traveling a good distance to serve. When some things happened at that church, it was decided it would be best for Albert to return to his home church. People in the area assumed that when he returned he would retake the position of pastor and would be the authority at the church. But Albert chose a different path. 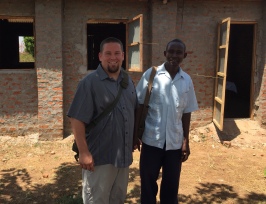 Albert looked at the men who had been leading the church he was returning to and saw many strengths and gifts in them. In talking with Albert, he said, “I want to see them grow. I know that they are the ones who can take the believers to the next level.” But he also wanted to serve there. So he offered to disciple the current leaders at the church but to take no title or position. He is pouring into them what he has received. And I do believe that God is using Albert’s humility to set an example in his church and area. I pray that God expands that example and it becomes contagious amongst the leaders.

“In your relationships with one another, have the same mindset as Christ Jesus: Who, being in very nature God, did not consider equality with God something to be used to his own advantage; rather, he made himself nothing by taking the very nature of a servant, being made in human likeness. And being found in appearance as a man, he humbled himself by becoming obedient to death—even death on a cross!” Philippians 2:5-8

My prayer is that Albert’s story is an encouragement and a challenge to each of us. How are we serving? How does pride get in our way? How are we seeking after our own desires instead of the “interest of others”? We are all still on the journey to be made into the image of Christ. Let us not forget that humility is the way of Christ. I know Albert challenges me to be humble and play in the background!

One thought on “Humbly Serving”

• Prayers for God to bring more servant leaders who have the education, experience and confidence levels to be able to lead the ministry to the next season of ministry.

• Prayers as we begin with new discipleship groups that God continues heart and life transformation in the group members.

• Prayers as we continue to build deeper relationships with the ministry staff, volunteers and church leaders throughout the ministry work in Uganda.

• Prayers for safe and fruitful travels to local villages, community churches and far-away regions so that God’s kingdom continues to mature and strengthen in Uganda.