Another DBS Impact story, this time from a church member at Bwikhonge Church of Christ in Bulambuli district (about 45 minutes northeast of Mbale). John is my co-leader in discipling other leaders and has been using DBS for over a year in his church and community. John talks frequently of the growth he sees in people and in his church, and he credits much of that to the work of the Holy Spirit through DBS groups. Here is a powerful video testimony from one of the church members at Bwikhonge Church of Christ…click HERE for video. 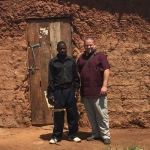 John was sharing an amazing story with us about a woman who came to Christ through a DBS group from the church. She was a Muslim before coming to Jesus, as was her husband and children. Through her leadership and study, all of her children became followers of Jesus. When the husband became angry with them about this, the wife and children firmly stood up to him, saying that, “We are now followers of Jesus. Do not push us on this, because we will not change.” After that the man relented, until he grew very sick. He could not even leave the bed. So after praying for the husband with her DBS group, the woman went and prayed over the man. Almost immediately he became well, even walking around the village that day. People were even asking about how the man had been cured. Praise God! The story seems like it has been pulled from the Word of God itself! We are still praying for this man to submit to Jesus and choose to be a disciple of the Living God.

One thought on “DBS Impact Story #3”

• Prayers for God to bring more servant leaders who have the education, experience and confidence levels to be able to lead the ministry to the next season of ministry.

• Prayers as we begin with new discipleship groups that God continues heart and life transformation in the group members.

• Prayers as we continue to build deeper relationships with the ministry staff, volunteers and church leaders throughout the ministry work in Uganda.

• Prayers for safe and fruitful travels to local villages, community churches and far-away regions so that God’s kingdom continues to mature and strengthen in Uganda.